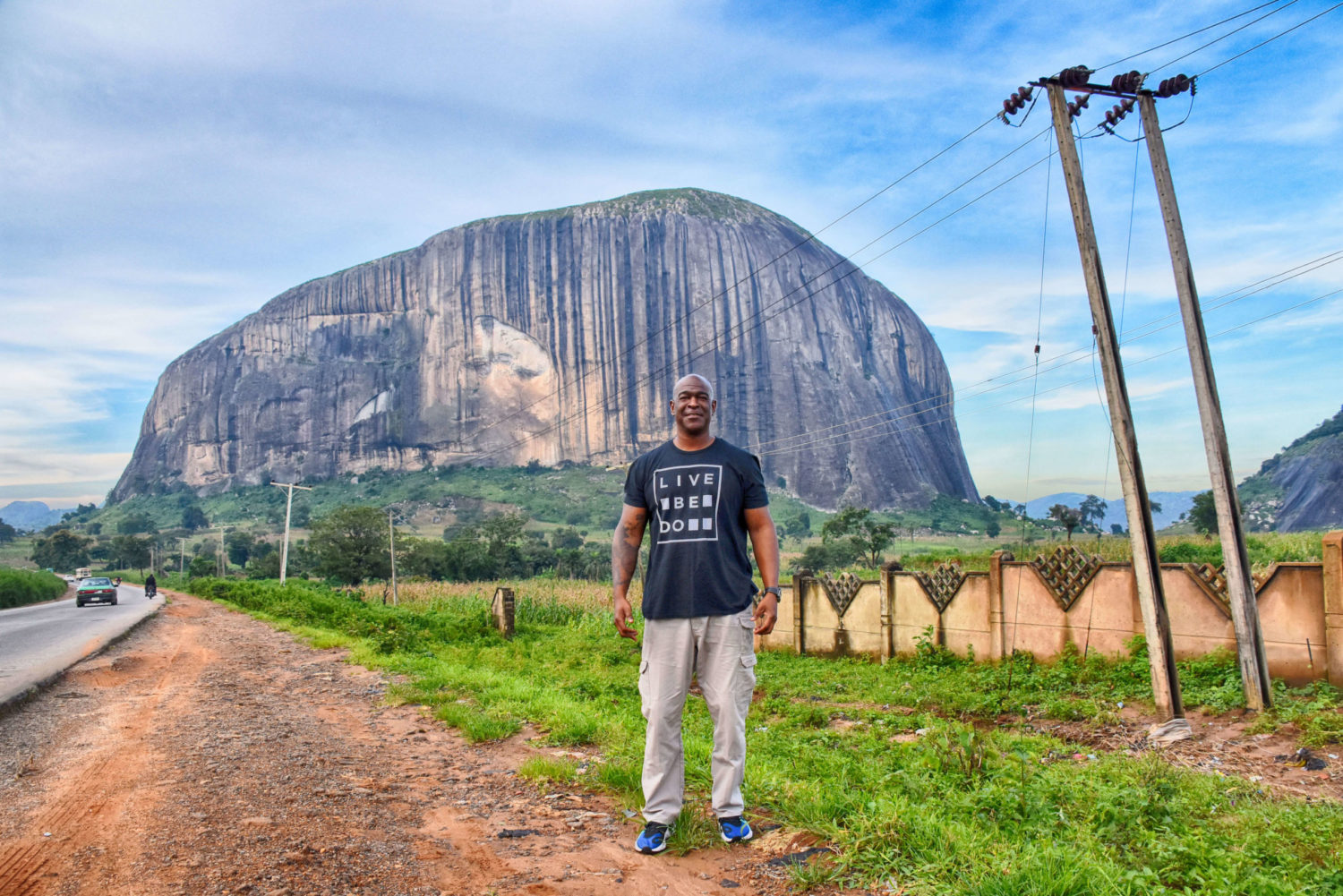 My work trip to Abuja, Nigeria was very nice.  As hard as it was to get a visa to enter the country, once I arrived, I discovered that the citizens were some of the nicest people in the world.  The were very courteous at the airport and everybody I came in contact with shook my hand and welcomed me to their country.

During my stay in Abuja, I visited Zuma Rock.  Zuma Rock has natural contours on the surface which depict the image of a human face with a visible mouth, eyes, and nose. The natives of the community believe the face represents the ancestral powers protecting and governing the affairs of the community. The Gwari people also acknowledge the rock as a gateway for the after life, It is believed that when people die, their spirits go to the rock. At it’s higest point, Zuma Rock is 3,681 ft high.

I also visited Aso Rock, the Grand Mosque and the National Christian Center.